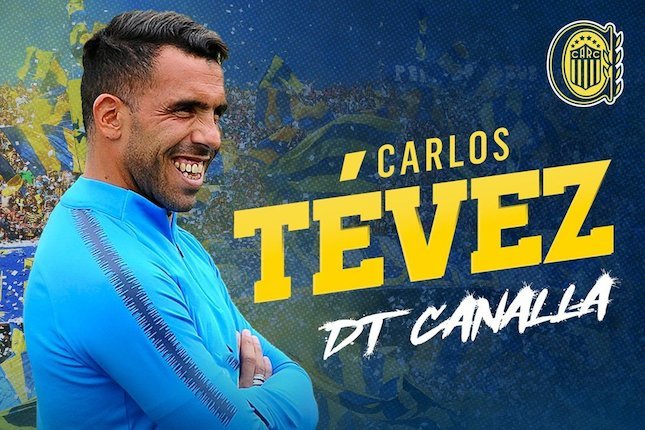 Tevez actually just announced his decision to retire as a player. Following the death of his father, Tevez chose to hang up his shoes at the age of 38.

Even so, Tevez did not necessarily leave the world of football completely. He continued his coaching career in his hometown, managing Rosario Central.

This decision had raised doubts. Is Tevez good enough to be a coach?

Start a career as a coach

Currently the new season of the Argentine Primera Division has begun. Rosario Central are in 22nd place after four games, clearly underwhelming.

Official information from Rosario Central said that Tevez signed a 12-month contract. This means that there is a possibility that Tevez will sign a contract extension if the results of his work are considered satisfactory.

This decision is also a historic decision for Tevez personally. Rosario Central will be the first team to mark his career as a professional coach.

Related : Ryan Giggs resigns from the chair of Wales coach

Seeing Tevez as a coach may be inconceivable for some football fans. However, Tevez is known as a player who is quite ruthless when he is still grazing.

Interestingly, some time ago Tevez had talked about the possibility of becoming a coach. He worked closely with his brother and with Carlos Retegui.

“I decided to become a coach. We have been working together for four or five months and we are preparing a very good project,” he said.

Tevez’s name is definitely no stranger to world football connoisseurs. He has defended a number of top clubs such as Man United, Man City, Juventus, and even Shanghai Shenhua.