The Most Beautiful Moment of Ex MU and 4…

The Spanish national team was the best in the 2010 World Cup . However, personally, Diego Forlan was the best. The former MU bomber established himself as the Best Player and was entitled to bring home the Golden Ball.

Indeed, the Uruguay national team was not seeded at that time. La Celeste has indeed emerged as champion twice, 1930 and 1950, but it is only a story of the past.

You see, since 1950, Uruguay is like other teams that do not have a great history at the biggest football party. At the 2010 World Cup South Africa, Uruguay was able to rise from the rubble of collapse.

Under the care of a cold-handed coach, Oscar Tabarez, Uruguay transformed into a terrible monster. Captain Forlan brought Uruguay to the semifinals before finally being stopped by Germany.

Uruguay national team finished in fourth position. This achievement repeats their success in the 1970 World Cup. Forlan is charming. He scored five goals which made him the top scorer with Thomas Muller (Germany), David Villa (Spain) and Wesley Sneijder (Netherlands).

Like the people of Uruguay, Forlan will also not forget the historic moment 12 years ago on the black continent of South Africa. “The 2010 World Cup was the most incredible experience. Our small country reached the semifinals. I was the top scorer, and the goal against Germany was voted the best,” said Forlan.

Not only Forlan, of course. The other four pillars from different countries also become an inseparable history of the 2010 World Cup. Who are they?

Dangerous youth, that’s Thomas Muller. Being among the senior players did not make the quiet one clumsy.

Instead, he appeared crazy. As a result, he managed to score five goals, which made the 1989-born one of the top scorers with five goals.

For this great action, Muller was rewarded as the Best Young Player. At that time the star was only 20 years old.

Captain List of 32 Countries Participating in the 2022 World Cup

List of captains of 32 countries participating in the 2022 World Cup . Among the captains who succeeded in bringing him to Qatar, there are famous names such as Cristiano Ronaldo to Lionel Messi .

The opening match of the 2022 World Cup will feature the Group A preliminary match between the Netherlands and Senegal at the Al Thumama Stadium, Doha. A total of 32 countries divided into 8 groups will fight in the preliminary round to get tickets to the last 16.

The French national team, who are in Group D, are the reigning World Cup champions. Les Bleus beat Croatia 4-2 in the 2018 World Cup final, which was their second title at the prestigious tournament.

The captain of France when he became world champion in 2018 was Tottenham Hotspur goalkeeper Hugo Lloris. The 35-year-old goalkeeper was still France’s captain during this year’s World Cup.

Apart from Hugo Lloris, there are still great players who are captains in their respective teams. The following is a list of the 32 captains at the 2022 World Cup in Qatar, in order of their confederation:

Related: 10 Arsenal Players Who Wear The Number 9 Before Gabriel Jesus, Has Anyone Succeeded?

Related: Including Gabriel Jesus, these are 5 transfers involving Arsenal and Manchester City

The return of the Netherlands to the 2022 World…

The return of the Netherlands to the 2022 World Cup in Qatar, this is the De Oranje squad with a new generation! 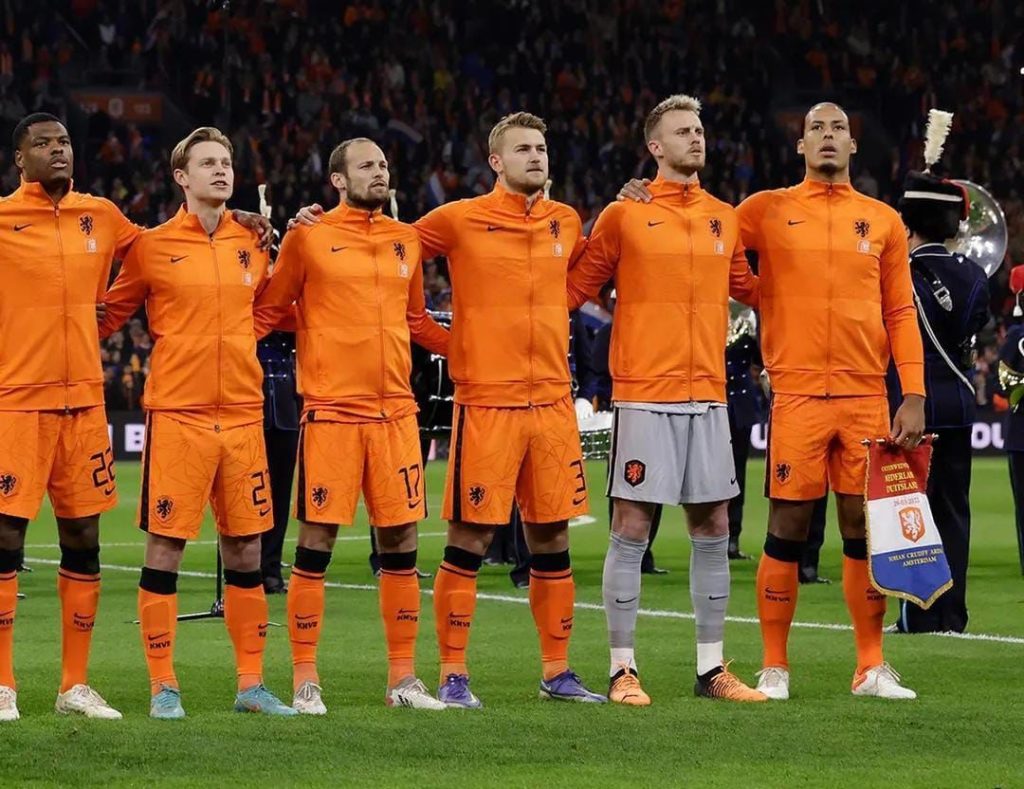 The Netherlands was absent from the 2018 World Cup because they failed to qualify from the qualifying round.

Robin van Persie, Wesley Sneijder, Arjen Robben, and Dirk Kuijt. The four of them were the pillars of the Netherlands when they finished third in the 2014 World Cup. The last World Cup for the Oranje.

After missing the 2018 World Cup, the Oranje are back in the 2022 World Cup. Of course with new pillar players such as Virgil van Dijk, Frenkie de Jong, Georginio Wijnaldum, and Memphis Depay.

In fact, at the 2014 World Cup they managed to reach third place after humiliating the host Brazil.

But this time with its new generation, the Netherlands have successfully qualified for the 2022 World Cup Qatar. 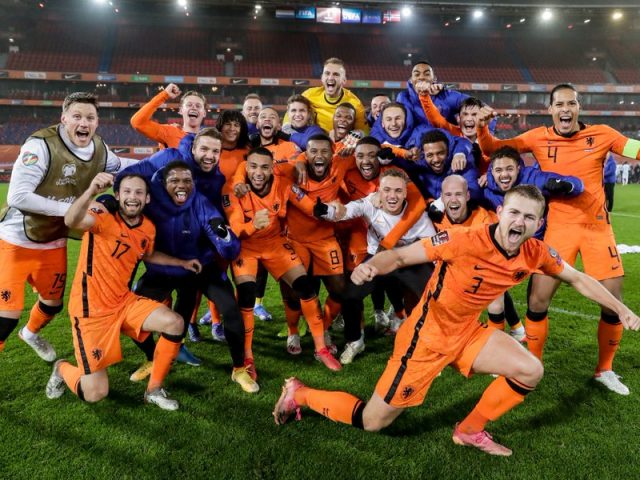 The Netherlands are certain to qualify for the 2022 World Cup Qatar after beating Norway 2-0 and the win confirmed them as leaders of Group G above Turkey.

Although previously in the opening match, the Netherlands had to give up losing to Turkey with a score of 4-2.

The success of the Netherlands advancing to the 2022 World Cup, cannot be separated from the strength of the Dutch national team that is evenly distributed.

The squad is filled with the names of great players who are qualified in every sector, because the players on average are big club players in the European League.

In goalkeepers there are names like Mark Flekken, Joel Drummel and Tim krul.

While at the back there are Matthijs de Ligt, Virgil van Dijk, Nathan Ake, Daley Blind.

For the middle players, there are great players like Georginio Wijnaldum, Marten de Roon and, Frenki De Jong.

Next in the wing position are Arnaut Danjuma, Noa Lang and finally in the striker position there are Wout Weghorts.

Will the Netherlands set a record for the first time to win the World Cup?***

4 Key Players of the Qatar National Team in the 2022 World Cup, How Far Can the Home Team Go? 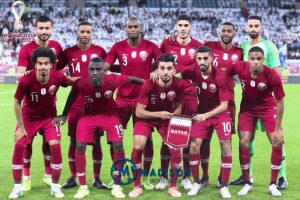 Football’s biggest party, the World Cup 2022, is about to welcome you in November. Qatar as the host is in the hell group, namely group A. You could say this group is quite difficult for the hosts. Because in this group they will compete with the World Cup 2010 finalists, the Netherlands.
The other 2 best teams are Senegal, led by Sadio Mane, to Ecuador, which has high fighting power. But of course, the host has prepared various compositions for the Qatar national team with the best players.

The coach who is also a former Barcelona youth coach, Felix Sanchez, has proven his capacity by bringing the Qatar Team to rank 51 in FIFA in March 2022. So who are the key players from the Qatar national team whose work deserves attention at the 2022 World Cup later?

LaLiga fans must be familiar with this one player. Akram Afif is a former Villarreal, Sporting Gijon and Sevilla U19 player.

Now, the 26-year-old player is a key pillar of Al-Sadd. He also had time to be Xavi’s favorite player when he coached Al-Sadd. Akram Afif’s experience in European football is expected to be a motivation for other colleagues to take part in the 2022 World Cup. Just like Akram Afif, Almoez Ali has also been poor across European football. The 25-year-old player had time to defend KAS Eupen, LASK in Austria, to Spain to defend Leonesa.

Now, Almoez Ali is the captain as well as the main banger for the Al-Duhail team. Throughout this season, he has recorded 7 goals and 6 assists in 17 matches with Al-Duhail. 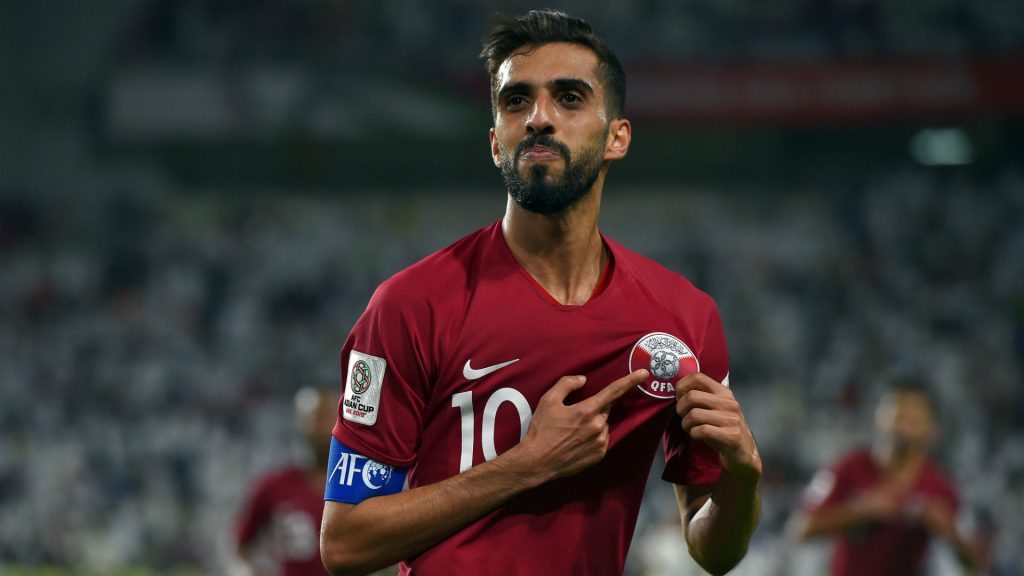 This one name is a legend from Qatar as well as the Al-Sadd club. Hasan Al-Haydos started his football career in 2007. Until now, he is still loyal to defending Al-Sadd for 15 years.

For defense matters, the Qatar National Team has a solid wall in Tarek Salman. Just 24 years old, Salman has made his way into Spanish football alongside Jupiter Leones and Astorga.

Salman, who is now defending Al-Sadd, is expected to be a wall that will block attacks from opponents. He has played 49 times for the Qatar National Team.

With the composition of players that has been prepared by coach Felix Sanchez and the full support of the public on their own soil, how far will the Qatar National Team go in the 2022 World Cup?

Taking place in November, the World Cup 2022 in Qatar will be very interesting to watch. Make sure to use a super fast and high-definition internet service to watch the excitement of the match directly on your gadget!

Two Groups of Hell in the 2022 World Cup

Two Groups of Hell in the 2022 World Cup 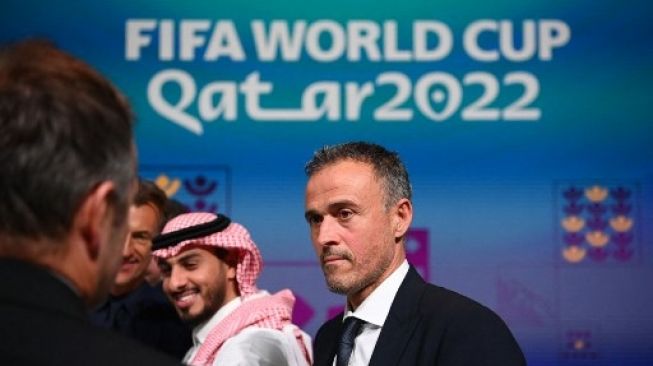 The draw for the 2022 World Cup gave rise to two hellish groups that brought together strong countries who were ready to finish off each other in order to qualify from the Qatar 2022 World Cup Group Phase.

Spain and Germany will fight each other to get perfect points, the duel between the two will be even more interesting with the presence of the Asian giant, Japan.

It doesn’t stop there, the fight for a ticket to the next round in Group E is arguably getting hotter by waiting for the winner of the intercontinental playoffs.

The duel brings together Costa Rica and New Zealand, interestingly this group will add to the record of meeting Spain and Germany.

Of the four meetings at the World Cup, Germany managed to win the first two meetings and draw once in the third meeting.

Meanwhile, the Matador Country managed to record a victory in the last meeting, to be precise in the semifinals of the 2010 World Cup through one goal from Charles Puyol.

At that time Luis Suarez’s controversial action made Ghana have to give up its dream of advancing to the semifinals, after failing in a penalty shootout.

Unfortunately for Qatar as the host of this edition of the World Cup, the fact that one group with the Netherlands and Senegal are in Group A must be accepted.