5 African Countries with the Best Achievements in the…

5 African Countries with the Best Achievements in the World Cup 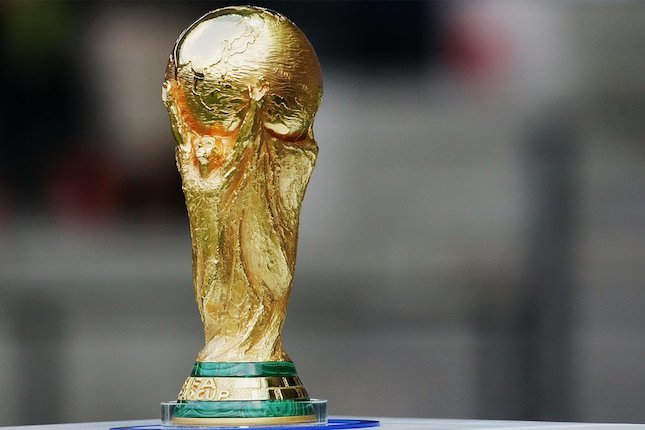 No African country has ever won the World Cup. However, that does not mean that African representatives do not have a record of achievements to be proud of in the World Cup stage.

There are five African countries that are able to carve their best history at the World Cup. They played beautifully from the group stage to the knockout stages.

Even the representatives of Africa are able to subvert the leading teams in the World Cup. Unfortunately, they have not been able to reach the last four.

Here are five African countries that are able to show the best achievements in World Cup history. The public also considers the moment as a fairy tale in the World Cup.

Algeria was able to make a surprise at the 1982 World Cup when one group with West Germany, Austria and Chile. They were able to subvert the strong teams of West Germany and Chile and lost to Austria.

The opportunity to qualify for the next round is open to Rabah Madjer et al. Unfortunately in the last match, West Germany and Austria looked like they made a deal.

At the end of the standings, West Germany, Austria and Algeria collected the same value of 4 points. However, due to losing on goal difference, Algeria was eventually eliminated.

Nigeria was the debut team at the 1994 World Cup in the United States. Despite being a debutant, Nigeria was able to win 3-0 in the first match against Bulgaria.

Even though it was their first appearance at the World Cup, Nigeria was able to win the group. Nigeria beat Bulgaria, then lost to Argentina and won over Greece.

Unfortunately Emmanuel Amuneke et al were unlucky when they met Italy in the round of 16. The team made by the Dutch coach, Clemens Westerhof, was defeated 1-2 through extra time.

Ghana almost made history by becoming the first African team to qualify for the World Cup semifinals. Ghana performed well in the group stage despite only recording one win, one draw and one loss.

They accompanied Germany to qualify for the round of 16. Ghana beat the United States in extra time and advanced to the quarterfinals.

Unfortunately at that time Asamoah Gyan failed to get a goal through a penalty kick after Luis Suarez touched the ball at the end of the match. Ghana finally lost on penalties.

Not only Ghana, Senegal is also close to the semifinals of the World Cup. Senegal was able to overthrow defending champions France in the group stage and even sent him home.

This moment made El-Hadji Diouf et al even more excited to qualify for the last 16 to face Sweden. They won through extra time and challenged another surprise team, Turkey.

Unfortunately the team made by Bruno Metsu failed to continue their dream. They lost to Turkey in a match that continued into extra time.

Cameroon rocked the 1990 World Cup stage. They were in a hellish group because they had to fight with three strong teams, Argentina, Romania and the Soviet Union.

Roger Milla et al even conquered defending champion Argentina in their first match. Then beat Romania and lost badly to the Soviet Union.

Cameroon managed to win again from Colombia in the round of 16. Unfortunately, they failed to reach the semifinals after being beaten 2-3 by England.

2022 World Cup: The First Time There Are Six AFC Representatives

The 2022 World Cup is only a few months away before it starts in November. The biggest football competition in the world will be the first moment that six representative teams from the AFC qualify.

Every edition of the World Cup, the quota for representatives from the AFC is limited. There are only four slots provided through the qualifying zone.

Compared to other continents, the quota for the AFC is always small. In fact, the number of members is quite large, even more than the South American continent (CONMEBOL) which usually sends up to five representatives.

In the last 20 years, or since the Asian continent hosted the first World Cup in 2002, the range of representatives from the AFC is between four and five teams. Only in 2022, there are a total of six teams representing the AFC.

The following is a list of World Cup participants since 2002 from AFC representatives.

The World Cup took a big step by giving the Asian continent the chance to host it. Japan and South Korea at that time had the honor by being co-hosts.

Apart from Japan and South Korea, there are also Saudi Arabia and the Republic of China. The two hosts managed to win their respective groups, while the other two AFC teams languished at the bottom of the standings.

Germany was given the honor to host the 2006 edition of the World Cup. The home team only lasted until the semifinals after losing to Italy in extra time.

In that edition, there were only four AFC representatives. Among them, Saudi Arabia, South Korea, Japan, and Iran. At that time, Australia was still considered a representative of the OFC or Oceania zone.

The four AFC representatives died quickly. None of them made it past the group stage.

The host of the 2010 World Cup was handed over to one of the countries on the African continent, namely South Africa. Unfortunately, the fate of the home team was short because they did not qualify from the group stage.

In this edition, Australia has been categorized as the representative of the AFC. However, the total representation is still only four countries.

Besides Australia, there are South Korea, Japan, and North Korea. Again, only South Korea and Japan can qualify from the group stage.

One of the world’s soccer powers, Brazil was appointed to host the 2014 World Cup. Unfortunately, Brazil could only rank fourth, after being beaten 1-7 by Germany in the semifinals and losing 0-3 to the Netherlands in the fight for third place.

Again, there were only four AFC representatives. Among them, South Korea, Australia, Japan, and Iran.

However, compared to previous editions of the World Cup, this edition is the most stifling for AFC representatives. Because, all of them finished as caretaker in their respective groups.

Host the 2018 World Cup to continental Europe with Russia being trusted to host it. His work was quite pleasant because he made it to the quarter-finals because he lost to Croatia on penalties.

In this edition, there are finally five AFC representatives for the first time. There are Japan, South Korea, Australia, Iran and Saudi Arabia.

This increasing number does not seem to make the AFC’s achievements also increase. Only Japan qualified for the group, it was immediately defeated in the round of 16.

After a long wait, the AFC was finally able to have up to six representatives at the 2022 World Cup. Incidentally, the host’s quota had stopped again on the Asian continent. Qatar has the honor.

Apart from Qatar, other AFC representatives who qualified were Iran, Japan, South Korea, and Saudi Arabia. All of them passed through the qualifying path for the Asian zone.

As a result, the 2022 World Cup will be lively with many AFC representatives who qualify. However, how far will these countries go?