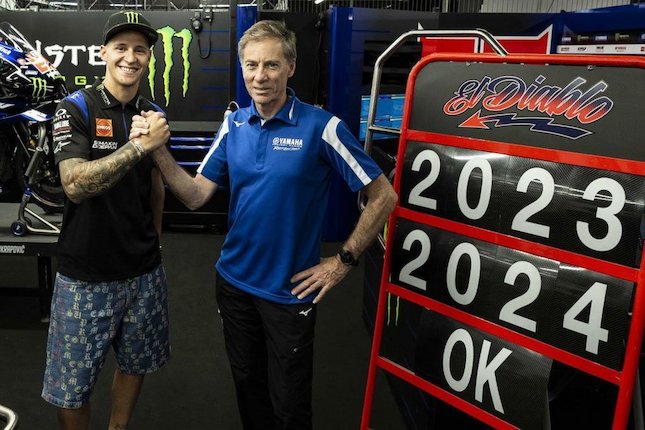 Yamaha Motor Racing has finally officially announced the contract extension of Fabio Quartararo , who will return to defend Monster Energy Yamaha in MotoGP 2023 and 2024. This they announced on Thursday (2/6/2022), ahead of the Catalunya Series at the Barcelona-Catalunya Circuit. , Spain, which will be held on 3-5 June 2022.

As is known, Quartararo has defended Yamaha since 2019, making his debut in the class of kings with Petronas Yamaha SRT. Defending the satellite team for two years, ‘El Diablo’ managed to collect 10 podiums and 3 victories, which got him promoted to Monster Energy Yamaha in 2021.

In his first year in the factory team, Quartararo immediately won the world title, winning 10 podiums, including 5 victories. In the first eight series of this season, the French racer has collected 4 podiums, including 1 victory which was achieved in Portimao, Portugal.

Negotiations between Quartararo and Yamaha regarding this new contract are known to have been going on a lot. The reason is, since the end of last season, Quartararo has often complained about the performance of the YZR-M1 which is not as tough as other motorbikes, lagging behind in engine power and top speed.

Even so, an agreement was finally reached to continue working together until 2024. Next season, Quartararo will again partner with Franco Morbidelli, whose contract with Yamaha will expire at the end of 2023.

Quartararo and Morbidelli are certain to be the only duo that are Yamaha’s mainstay next year, considering they will not field a satellite team. Their current satellite team, RNF Racing, have decided to move to Aprilia. That way, the two will lead the development of the YZR-M1. 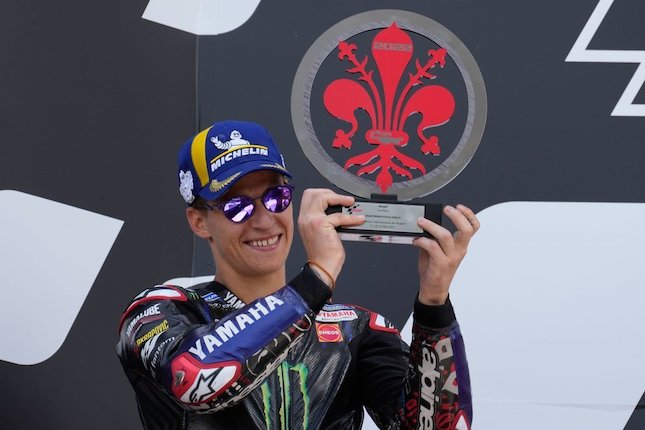 “I am very happy to announce to all of you that I will be staying at Yamaha for another two years.

“In the past, going up to MotoGP with Yamaha and then playing for the factory team was a reasonable decision. Yamaha believed in me from the start, and that is something I will not ignore. However, this deal is a big decision. I am at the best point in my career. me, so I wanted more time to make a definite decision.

“I believe in the Yamaha MotoGP project, and I feel Yamaha is very motivated. Now we have confirmed the decision to continue working together, so we can really focus on this season.

“I’m grateful to everyone around me, who has always helped and supported me, as well as to the fans who cheered me on. I really appreciate all the support.”